Africa-film: The Gods Must Be Crazy

Are you in the mood for an Africa movie, but don't want to watch a docu like Tanzania Transit or Virunga and also don't want to watch the somewhat heavy but romantic Out of Africa? Then check out the classic 'The Gods Must Be Crazy' - an absurdist comedy set in Botswana!
Krijg reisadvies op maat!
Charlie's Travels > Blog > Afrika General > Africa-film: The Gods Must Be Crazy

WACKY FILM FROM THE 80'S

This wacky film from the 80s could never be made in this way in 2018 – humorous films are made a little differently nowadays, and making a humorous film about bushmen in Botswana as a white man is probably a little sensitive in today’s politically correct world. Yet the film is still quite comical, especially when you look at the somewhat dated but rather absurdist plot of the film.

Xi and his ‘San’ tribe are living a happy life in the  Kalahari Desert  (in Botswana), until suddenly a Coca Cola bottle comes out of a plane. The consensus among Xi and cronies is soon: this must be a gift from heaven. However, the artifact gets heated up and Xi decides to set out to get rid of the cursed item: the bottle must be an angry sign from god. What follows is a bizarre kind of ‘road movie’, in which Xi meets all kinds of strange characters and experiences all kinds of slapstick adventures. 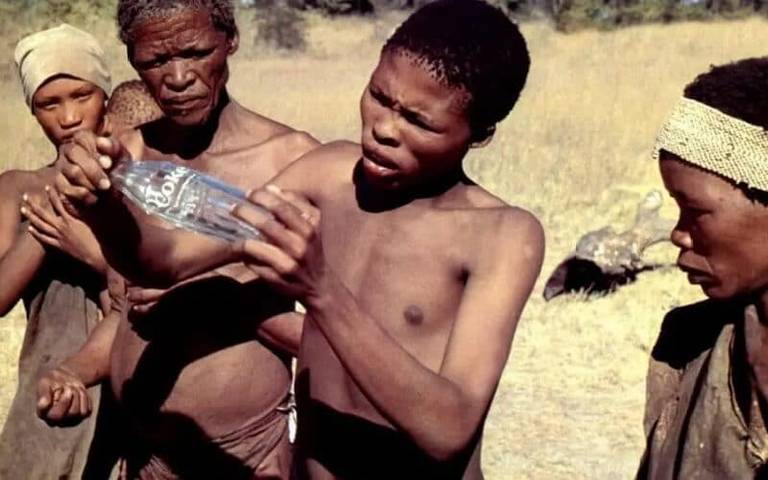 Curious about all our destinations?

VPRO’s Cinema.nl describes the course of the film, directed by South African Jamie Uys, as follows: “The Gods Must Be Crazy is about crazy, insane white people, mercenaries fleeing a neighboring country and the impossible love-story between an awkward veterinarian and a beautiful, young schoolteacher. One of the most enjoyable films ever made on the subject of civilization. The pure innocence of the Bushman is in stark contrast to the possessiveness, corruption and ego-tripping of ‘civilized’ man.”

The film would become a huge success in South Africa, but strangely enough, the film also did very well in Japan. In America, the film was also very widely viewed, and The Gods Must Be Crazy even broke attendance records: so many people had not come to see foreign films until then. In the US, the film came out with dubbed bits for the !Kung and Tswana spoken bits. 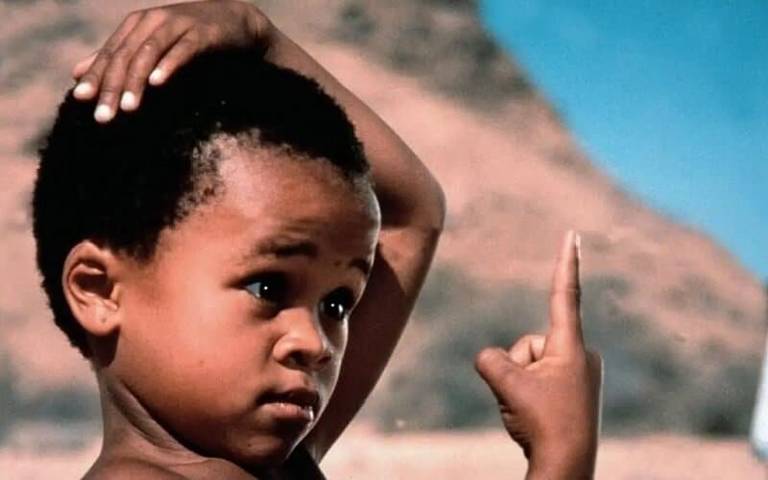 The film about Botswana won the Grand Prize at the Chamrousse Humorous Film Festival in 1983. The film is also doing very well on film-review-collection website Rotten Tomatoes: the 95% that the film gets there means that the film is ‘certified’. fresh’. It should be clear that the film was a big hit in the eighties – the film earned a whopping 100 million dollars! An ugly detail – you will always see that – is that lead actor Nǃxau is said to have only received 2000 dollars for his portrayal. Before director Uys died, he tried to make up for that by transferring 20k to Nǃxau – in addition to a monthly fee in the period afterwards. It probably started to gnaw a bit at the end of Uys’ life.. A sequel to the film has been released – a film simply called The Gods Must Be Crazy II and set in South Africa – but a number of (unofficial) spin-offs have also been made, such as Jewel of the Gods, Crazy Safari, Crazy Hong Kong, There’s a Zulu On My Stoep and The Gods Must Be Funny in China. 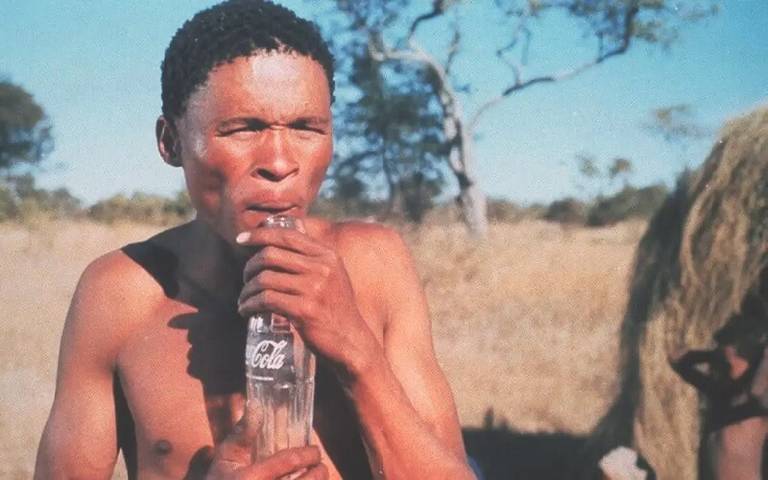 HOW HEAVY IS THE KILIMANJARO WHEN YOU ARE 50 PLUS?

ON HONEYMOON IN KENYA: UNFORGETTABLE!